First up — I tweeted when it happened, but in case you missed it, Marshmallow Fluff got to the vet and back. He recovered from the ordeal pretty quickly, and has re-settled into most of his old routines. Most importantly, the one where he eats.

They kept him 2 nights for observation, during which they blood-tested, rehydrated, medicated, and…shaved him. 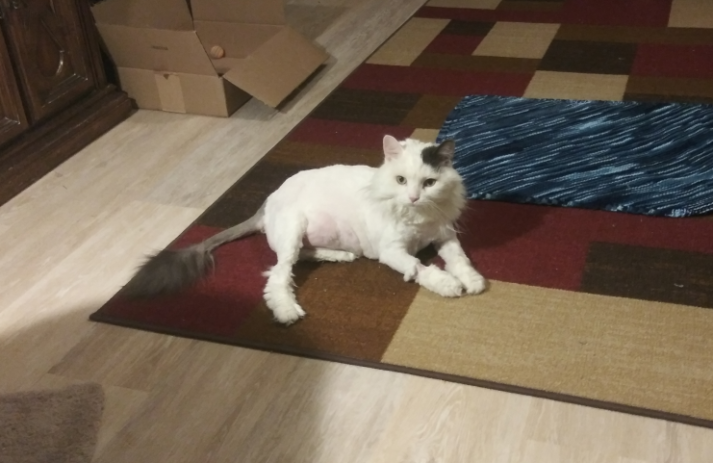 When he’s feeling well he refuses to be touched, let alone brushed…but this’ll keep his fur from getting matted again for a while!

He weighed in at 13 pounds. This time last year, when he was originally rescued from a neglect/starvation situation, he weighed 6. This is the good life, all right.

I also finally figured out a birthday present, and got him one of those kitty drinking fountains: 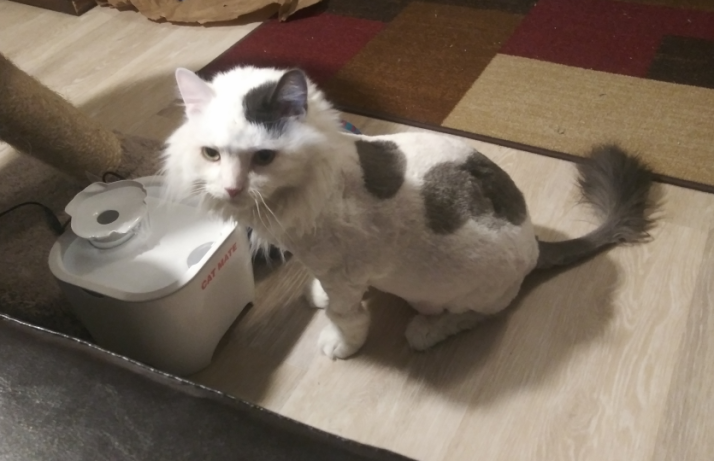 I hope it’s encouraging him to drink more. He seems to like it, at least. Doesn’t smack at it the way he used to do his water bowl, and he’s experimented with drinking from different bits, at various angles.

…so now that you’re up-to-date on Cat News, here’s that fic meme.